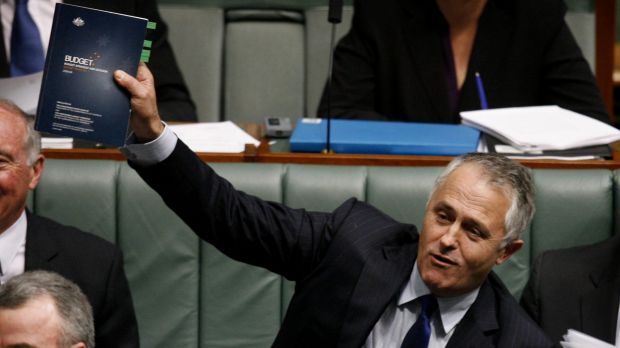 With only three sitting weeks remaining until the end of the parliamentary year – 2016 has been a lost year for economic reform. Furthermore, the Prime Ministers declining approval rating has made the Governments reform agenda evermore difficult to achieve.

Big Business faces an unsettling political environment, with a narrowly returned Government and a Prime Minister facing a disappointed electorate. It’s a potentially volatile situation that can only lead to increased uncertainty for a business community desperate for economic reform.

Many of the government policy initiatives that are of interest to business remain outstanding. Including the following:

In addition to the uncertainty in and around these key initiatives, Treasurer Morrison will release the Mid-Year Economic and Fiscal Outlook (MYEFO) in December. This MYEFO update provides an indication of the current state of the budget and the business community will be looking to see evidence that the budget is back on track to surplus.

Bear in mind, the Governments proposed changes to superannuation (due to come into effect on 1 July 2017), may not actually be passed into law until as late as May 2017.

It’s historically unprecedented to give business such a short period of time to prepare for a major changes to the superannuation laws. With billions of dollars of Australian’s retirement savings in play, and the Australian superannuation sector representing $2 trillion dollars in assets – the next 6 months will be a nervous time for the industry and superannuants.

The Federal Budget was bought down in May just before the Parliament was dissolved for the July election.

The timing of the last election meant that the Budget Bills were only recently passed in the House of Representatives.  As parliament gets set to go on its Christmas break, these delays contribute to the back log of legislation required to be passed.

Adding to budget concerns is the advice provided by the Department of Finance to the re-elected Turnbull Government that highlighted $18 billion in unlegislated budget savings measures (this has now been reduced to $12 billion). This will make the release of MYEFO in December of much interest to the business community and public at large.

If the Governments savings measures cannot be passed into law, cuts will have to be found elsewhere in the budget for the government to achieve their fiscal targets.

Given these challenges, I think it is safe to say that big business can expect to kiss their promised company tax cut goodbye.

The Government should anticipate seeing  its proposed $50 billion company tax cut over 10 years, significantly scaled back by the Senate.

Given recent statements by Labor, the Greens and Senator Xenophon on tax reform- the Governments best case scenario for its agenda is tax relief for companies with annual revenue of $10m or less.

The reality of the current electoral cycle is that the 2017/18 Federal Budget provides the Turnbull government with its only opportunity to implement policies that will be of benefit to the business community.

While all budgets are important, it’s possible that this will be the only budget to be considered, in its entirety by the Parliament before we go to the polls again.

I can hear many of you asking… how could this be?

So what does this mean for the May 2018 budget?

The Turnbull Government will deliver a May 2018 budget, which will be in effect, its election budget. This is because the Government will most likely be going to the polls in either August, September or at the latest October 2018.

This timing has major implications for the Turnbull Government being able to legislate any 2018 business-friendly budget measures into law.

This impacts on the Government ability to use the May 2018 budget to legislate major policy changes that could benefit the business community.

This means the May 2017 federal budget could well be the Governments best hope in convincing the business community that they are serious about achieving economic reform.

Effectively this Parliament is looking at a two-year life span before the nation goes to the polls again.  This means the business community is facing a potential two-year electoral cycle for the Government to legislate any major reform initiatives.

The business community are traditionally supporters of a Coalition Government. Given the Prime Minister is a former investment banker, it has been surprising to see that he has failed to garner their support while in office.

This factor, combined with the complexity of the Senate, creates an environment where the only certainty for business is more uncertainty and a heightened state of political risk.

The Government continues to face both major budgetary and legislative challenges in pushing its reform agenda through the Parliament.

In the last Parliament, under Malcolm Turnbull the Government struggled to pass key legislation into law.  We may well be about to see history repeating itself.

Business tends to look to a Coalition Government to provide them with stability. However, the last 12 months has been a roller-coaster for the business community.

It would be a very bold CEO or company board that could plan with confidence in this political environment.  Just ask the major bank CEOs what their thoughts currently are in regards to political uncertainty?

This could well mean the May 2017 budget represents the Turnbull Governments last chance to show they can provide the certainty, the business community so desperately desires.

For more information, in regards to this or any other public affairs issue you may require assistance with please don’t hesitate to contact me or visit the Insight Strategy website at www.insightstrategy.com.au